Me and My Girls

I don’t know whether it is because of the environment - their home - or the fact that they are usually outnumbered by the males, or whether it is simply my luck in drawing certain kinds of cats, but all the female cats who have lived with me for any length of time have been dominant to a greater or lesser degree.

First, of course, there was Tungsten. She was the household’s top-cat. There was a moment when she was challenged by one of my foster-cats, Wixie (that in itself signifying another dominant girlcat), but, fortunately, the contender was adopted with her more passive friend, Mystery. Wixie was a big, barrel-shaped cat and, if it had come to it, would have beaten Tungsten in a fight. But the Tiny Terror stood up to the newcomer nonetheless, and was still top-cat when she departed. 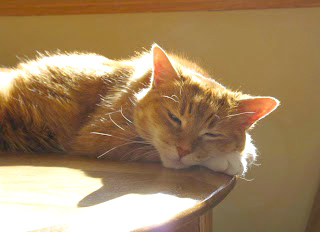 I recall a time when Renn was new to the family. My big boy then, as now, needed to smell everything with that big nose of his. He had become less shy by this point and wanted to sniff Tungsten, who was on my lap. Tungsten took exception to this and struck him a blow on the top of his head that made my teeth rattle. After that, Renn was most respectful, and they became good friends. 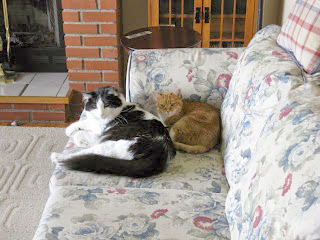 Luther, a foster-cat who had the worrying characteristic of attacking every other cat on sight, grappled very fiercely with Tungsten one evening. Luther, a lean orange boy, didn’t seem to have hostility in him, just aggression. But that fine distinction didn’t prevent some terrible battles, in one of which, the Tiny Terror lived up to her name and, despite her diminutive size, gave as good as she got. (Luther was eventually adopted, paired with a kitten, Fortune. He never had any harshness for Fortune, who grew up bigger and tougher than Luther. They remained friends and playmates until Luther’s untimely death, recently.) 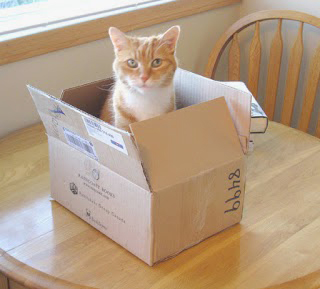 The other cats, newcomers and long-established residents, seemed to comprehend that Tungsten was the queen. She grew more tolerant as she aged, though this was probably also due to her increasing illness. There hasn’t been a top-cat in the household since.

Josie was a pacifist in many ways, but she was also a strong force in the family. When I adopted her as a chum for Tungsten, the two girls fought, physically. They eventually settled down and tolerated each other. Josie acknowledged Tungsten’s superior place in the hierarchy, and, in return, Josie was allowed to do much that other cats could not. 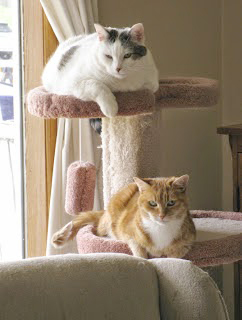 Though usually peaceful, the Great White not only had her differences with Tungsten, initially, but took the orange one’s part in the conflict with Wixie. I recall seeing Josie and Wixie rolling in earnest battle one day, fur flying everywhere. In those days, my Chubs was just that, a hefty girl, not as big as Wixie, but big enough. That was Josie’s last fight; thereafter, she would content herself with mean-sounding growls when pushed too far. 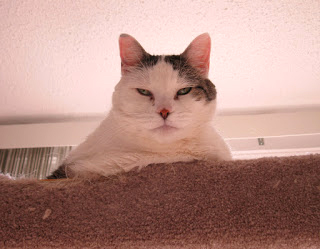 In her old age, Josie became my ‘housekeeper’, my support in the household, and the boys gave her the respect she demanded and deserved. 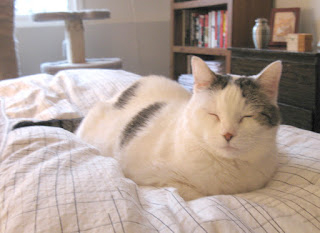 Cammie’s story, for those who recollect it, speaks for itself. Abused in her former home, she was tough and distrustful. I was rather apprehensive of her myself. She didn’t like the other cats - though for a long time she seemed to want to be friends with Tungsten - or at least was fascinated by her - and let everyone know it. 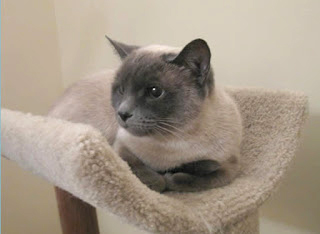 Her warnings were quite varied, from a sharp bark - “Ranh!” - to a drawn-out growl to a yowl. She and I became friends and she would lie on my neck at night, purring. But she would decide when and where I could give my attention and when she was done with me, I would be dismissed: “Ranh!” 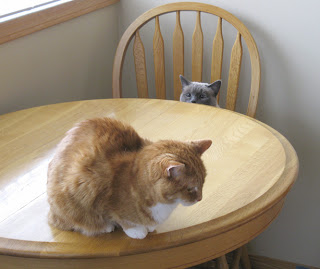 And when she had a stroke and lost her sight, she didn’t waste time feeling sorry for herself; she started adapting right away. Her blindness merely accentuated her expectations to be waited upon: her hard-food and water was close to her heated bed and her soft-food was brought to her - and taken away when she issued the usual dismissal - “Ranh!” She was a true princess. 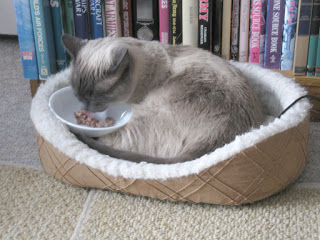 And now, there is Minuet. She is ancient and deaf; she was brought to a strange environment from where she had lived for sixteen years. She had to deal with an unknown human and unfamiliar cats, any one of whom might have been a danger to her. Madame didn’t shrink from the challenge, however, and made her displeasure known whenever it was incurred. And it was incurred a lot by the other felines - and sometimes by me - in her early days in the Cosy Apartment. 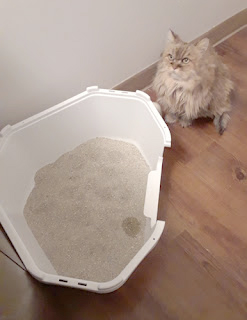 Now, she is more accustomed to her surroundings, and to her roommates. They annoy her less. Yet when she yowls in protest, the others take notice. Hector, the youngster, still does a volte-face, retreating with as much dignity as he can muster. With me Minuet is a little less demanding, but still calls for attention when she wants it, and makes her desire for a dish of soft-food known. 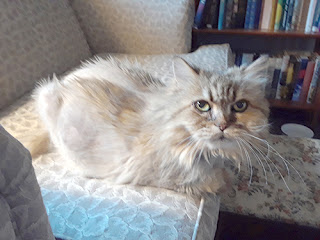 My boy cats can be assertive, both with me and with each other, but none is that by nature. They certainly ask for what they want, and can be quite persistent. This is, of course, different than dominant. While the government of the Cosy Apartment has no one top-cat, there appear to be a number of high-ranking officials, and all of them are female. Luck? Circumstance? Situation? I may never know. But I will always know who is in charge.