Closer Yet and Closer

Cammie continues to progress in her relations with me and the other beasts. I’m sure they all progress, but Cammie has had farther to go. She still hisses at her roommates when they come too near, or when she thinks they may. On the weekend, she trotted around a corner and all three of them were lying in the hall (I think they were anticipating dinner). Watching Cammie negotiate that passage was like seeing a soldier walk through a minefield. 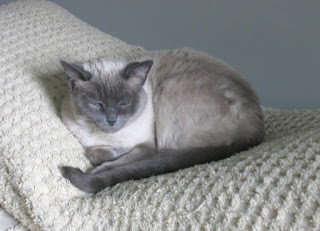 But the princess also tolerates her siblings more often than she used, and, though wary of them, permits them to get closer than was the case previously. Having her sit with one other, or more, at the bedroom window says a great deal about how far Cammie has come. 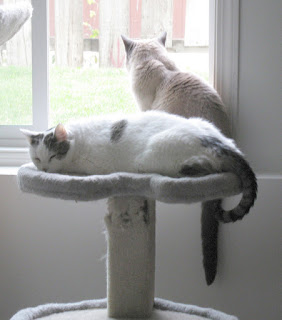 And she is growing closer to me. This Saturday, I returned to bed to have another couple of hours’ sleep after waking at six to give Tucker his insulin injection. Cammie frequently chooses that time to lie on my chest and purr. This takes up another ten or fifteen minutes. Sometimes, she will find me on my stomach, in which case she will walk this way and that over my back. This day, she lie on my neck and groomed the back of my head. Of my other cats, only Tungsten has groomed me, and she too liked to lick my head while I tried to sleep. Those who aren’t cat-people may find this an unhygienic prospect. But to me, it is immensely gratifying.

But it didn’t exactly lull me to sleep… 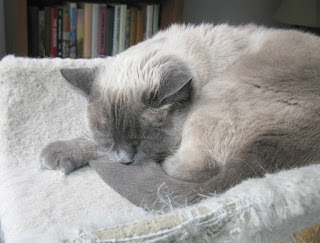