In keeping with the recent Olympic Games, held in Brazil, this past weekend saw a record established in a sporting event held at my apartment. All four of my cats threw up within a twenty-four hour period. I couldn’t be more pleased at their success.

I don’t believe any of their actions were indications of health problems. Each of their upsets was different, and can’t even be traced to a similar cause. This indicates the individuality of their sporting events, and how they approach them, in a disgusting sort of way.

Josie vomits the most. She also regurgitates the most. She has a very sensitive stomach, and some days, she will throw up all her food, though the next she will keep it down. Hard-food, soft-food, it doesn’t matter; some days, it all comes back up. Often, she will yodel before puking. This time, I didn’t even hear her, and found a neat little pile on the bedspread later on. I had to wash the bedding anyway. 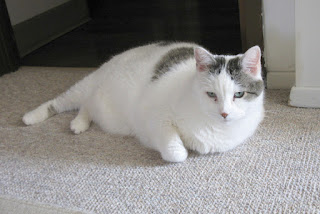 Tucker was next. He too usually gives a warning; in his case, it is in the form of heaving. Not this Saturday. It was like a quick flip in a judo competition. It was done in a second. It was done on the sitting room rug. Like my Chubs, the chuck he upped was soft-food, but of a different brand, and at a different time of day. It was on the same rug, though. 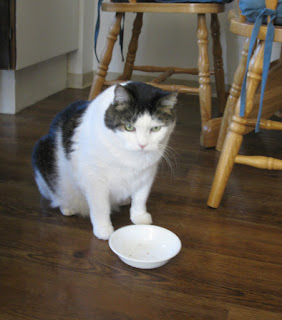 Cammie surprised me. She rarely throws up. She sometimes chokes while gobbling her hard-food; I wish she would chew the kernels more carefully. This time, however, something disagreed with the princess’s stomach rather than her throat, and she left a mess on top of a bookcase. At least it was easier to clean than a rug. And hard-food was the culprit. 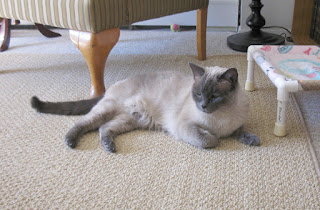 Finally, there was Renn. My big boy vomits least of all the four. Perhaps he didn’t want to be left out this day. His actions have to do almost exclusively with hairballs. He coughed one up, in keeping with his tradition. But his technique was spectacular. I was privileged to have witnessed it. It exploded out of him and hit the cats’ favourite Kick-a-roo dead-centre. A champion archer couldn’t have done better. 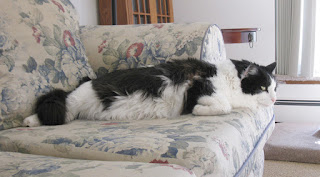 After washing, wiping, pouring, scrubbing - and laundering a bedraggled Kick-a-roo - the rest of the day was uneventful; my furry Olympians took their leisure. Everyone was fine after they, literally, got it out of their systems, but, unlike the human athletes in Rio de Janeiro, there was no partying; the beasts went to bed early. They didn’t even wait for the presentation of medals.
Posted by John Bellen at 8:53 AM