I Have Three Cats, Again

This youngster has been removed to his new foster-home. He has already met – through a closed door - one of the other cats (another foster), whom we hope will be his playmate. There was hissing and growling (from the established cat), but that is to be expected, and is of course no indication of what might follow. I will pass on what news I receive. 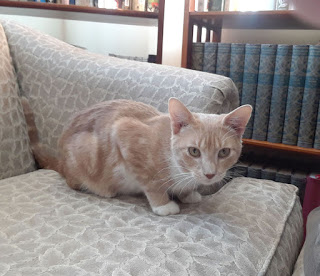 Now that Xanadu is gone, just a few days after Josie died, I am left with three cats. It has been a long time since my feline population reflected the title of this blog. I last had only three cats in 2010. As someone pointed out recently, even then I didn’t stay at just three for long. For a year and a half, I had the two girls, Tungsten and Josie. Then Renn (or, as his name was spelled then, Ren) came to stay (and stay and stay) with us in May, and soon after that, I started this blog. The title was meant to be temporary but I didn’t know much about Blogger then (and even now it can confound me) and changing the title was more trouble than it was worth. When I learned enough to alter things, the title had become established.

In August, 2010, a cat named Devon arrived as a foster, and my feline numbers haven’t been below four since – until now. (Devon was adopted in October of the same year, and the afternoon of Devon’s departure, Tucker showed up. Readers know how that foster-situation turned out.)

For much of the past decade, I have had five or six cats. Once, when I was babysitting another feline for a week, my numbers reached seven. Now, they are at three again, and represent the first time I haven’t had a girlcat living with me. If (if!) I bring in another, I would like it to be a middle-aged female; the age will be a change from kittens and make for an easier integration, I think, as will the gender. However, I usually don’t have much control over who comes to live in the Cosy Apartment. Fate takes care of that for me.

Until then, however, I will have to content myself with this lot. 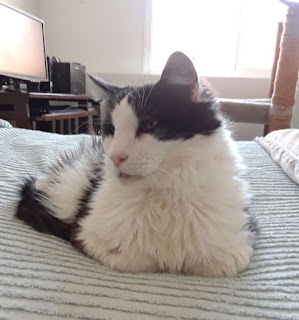 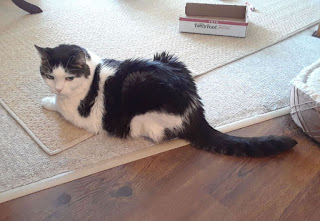 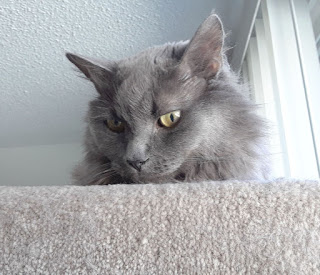