A Torch Is Passed

Hector became used to the Cosy Apartment’s rooms and furniture quite quickly. There were some spots that remained untried until very recently, however, such as the saddle-topped cat-tree in the bedroom. Another was the set of chairs at the dining table. I put him on one a couple of times. He was wary of this, perhaps because of the narrowness of the seats, and the space available for jumping up. But once he realised the ease with which he could access the spots, they became familiar to him.

Now, he will jump up to the same spot Tucker frequented during our meals together. Hec doesn’t use just one chair, as Tucker did, nor does he like lying there at moments other than meals; the roly poly would often snooze away an evening on the thick cushion of the middle chair. But the newcomer has discovered the convenience of the locations in regard to food. He does not share my late friend’s voracity for some of the items I eat; instead, he seems to have a pressing curiosity about almost all edible products. I’m not sure which cat’s characteristic is worse/more endearing.

I like to think that, rather than being annoyed at Hector usurping his place, Tucker is pleased that at least some of my dinners are again accompanied. He would know that no one could be like him, but might be amused that once again, I cannot leave food unguarded on my own dish. 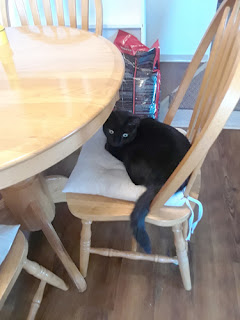 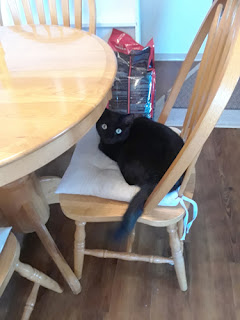 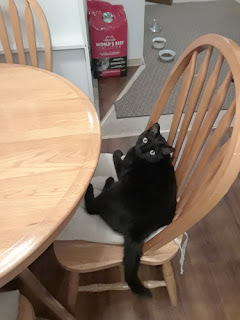 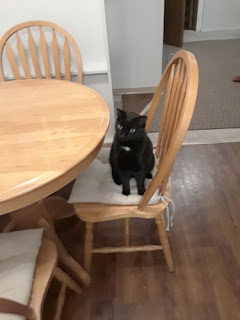 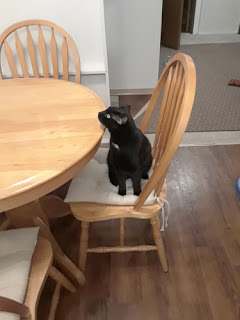 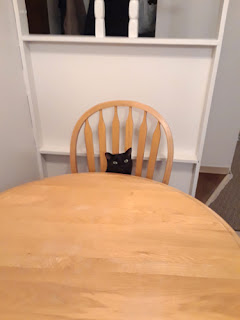