The balmy weather that has dominated our autumn here so far has ended. It couldn’t be described as an Indian Summer, or Saint Luke’s Summer, as it is sometimes termed, since that comes after a period of chilly days. Our temperate weeks were merely a softened version of August; very pleasant and most welcome.

But today is grey, wet and cold; it will no doubt drop below freezing tonight. All the beasts in the Cosy Apartment are finding their cosy spots. Even Horace, who seems to enjoy a bit of fresh air, shows no sign of indulging in more; having been brought in before the autumn arrived for real, he likes the warmth of the indoors as much as the others. 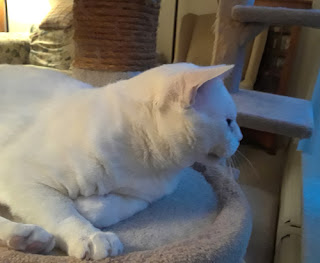 Neville is doing well. He was given Mirtazapine on Tuesday to increase his appetite. He was scheduled for another dose last night, if required, but he has continued to eat on his own, though he is still reluctant to eat hard-food. (An appointment for his dental procedure will be made on Monday.) Even so, his consumption of the soft is satisfactory. He and Zofia are being kept apart and he finds the other beasts less objectionable than he did last weekend. 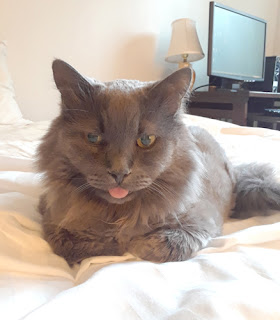 I have decided to draw his blood, when it’s necessary, wherever he happens to be at the time. For years, I have been bringing him to the dining table, where the height is perfect for me and my ear-poking. This, however, has caused the Nevsky increasing misery. I have already tested him today (not a curve but spot-checks at a couple of times), and he was much less put out. It will be inconvenient for me in terms of positioning, but better for him in terms of morale.

Renn is having a slightly off-day, but nothing that worries me. He has been comfortably curled on his favourite saddle-topped cat-tree for most of the day. 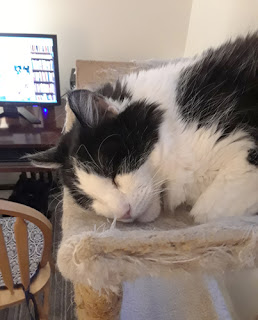 Zofia continues to acclimate herself to her foster-home, and she has had little difficulty doing so. She and Hector play a great deal, though less today. I wonder if the weather has something to do with it; both are more interested in snoozing. Nonetheless, they woke long enough to take a look outside, and for big brother to give little sister a bath. 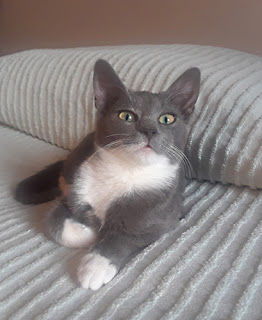 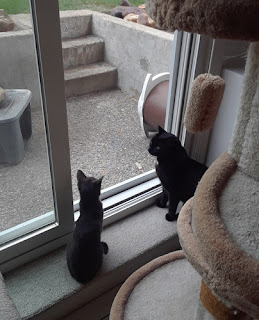 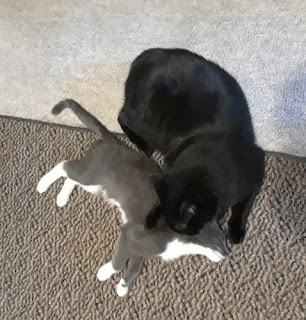 I think this has been, as Mr Parker would say, a splendid day.