Where the Boys Are

Briefly yesterday, and for a longer period today, Zofia was out and about in the apartment. Things went well.

Horace and Hector took an active interest in Miss Zed. They were curious but respectful, even recoiling a little when the tiny beast hissed and growled at their proximity. Hec followed her as much as by sight as by presence, but Ivory liked to be close to her; in some of the photographs, it looks as if he’s stalking her with evil intent. He was merely trying to get close enough for a good sniff. I made sure no one inadvertently cornered her.

Renn ignored the newcomer, while Neville hissed and growled, though this unexpected response may have been influenced by my taking some of his blood, which he hates, and which can put him in a bad temper.

I am pleased with Zofia’s progress. She is eating well; at her previous foster-home, she would consume her meals if only attended by a human, who had to urge her on now and then. By placing her food bowls closer to where she lies, I am trying to reduce that dependence; so far, so good. Her stools have become liquidy once again, but I have no doubt that this is due to the change of fare, rather than the fare itself. I’ve seen this occur in several new cats as they adapt to a different menu.

Zofia is a long way from having unrestricted and unsupervised freedom in the apartment. But her start is promising. 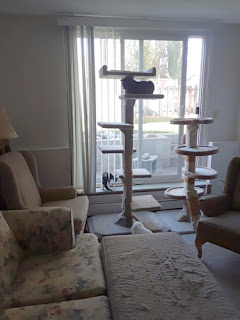 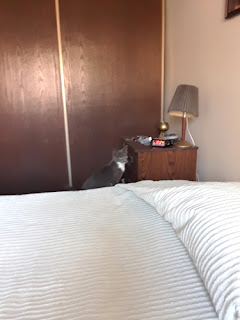 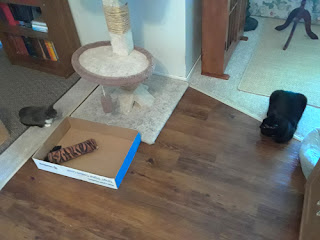 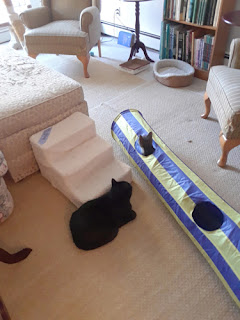 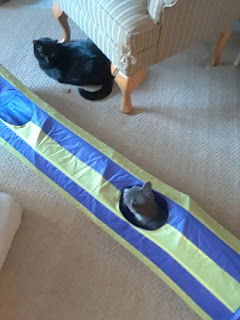 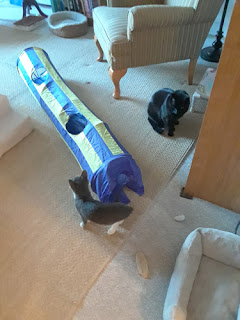 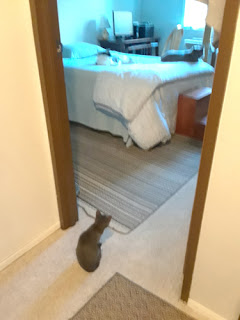 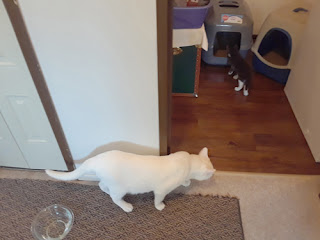 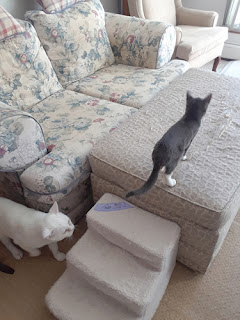 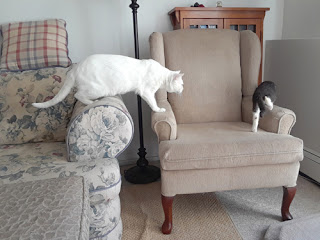 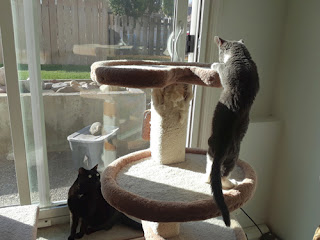 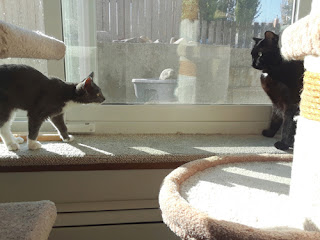