Two and a half years ago, friends and fellow cat-people gave me a set of stairs to put beside my bed for Cammie to use, after her stroke had blinded her. They were a great boon to her. Since then, others have used them, most notably Renn.

When I clean the bedroom, I place them in the corridor, out of the way until I am done. Almost every time, I find Hector playing with them. I assume it’s some form of play, perhaps like a child pretending to have a fort, or a cave of his own. The first time it happened, I heard a scraping sound and came out of the bedroom to see the stairs inching forward, seemingly of their own accord. It was Hector, crawling underneath them, and taking the stairs with him. There is a very narrow space though which Hec can slip between the bottom step and the floor, though the stairs are not heavy and he can probably push them up to give himself room.

After he is done playing, he emerges, apparently tired out, as if he had spent much effort achieving a great feat. Perhaps in his fertile imagination, he has. For all I know, he has just moved a mountain. Such is the power of youth, even in a cat. 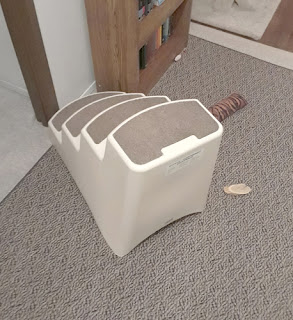 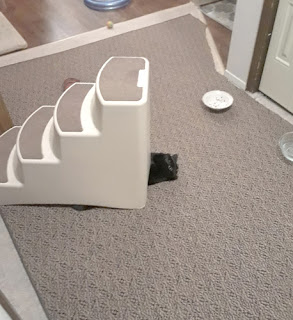 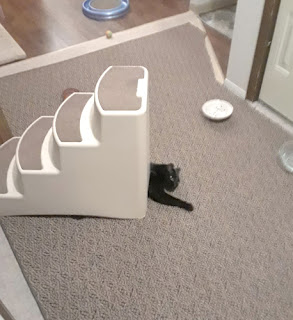 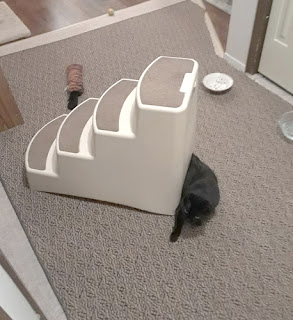 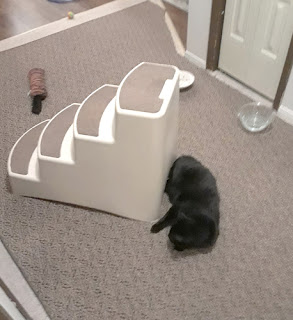 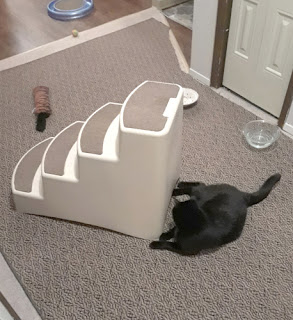 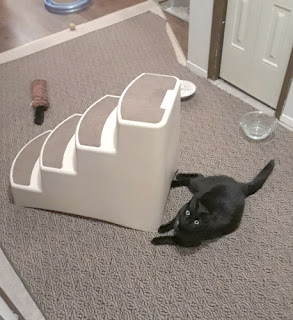