The Return to Realland 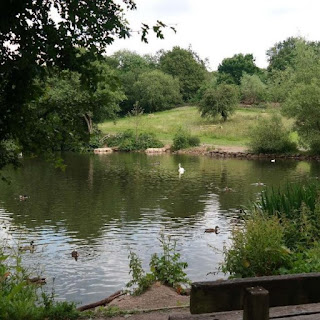 My holidays are now over. I left Idylland today and have returned to Realland.

Despite a rocky start - Josie just getting over her urinary tract infection, Renn with a bowel bug and something hitting me, too - the holidays were enjoyable. I trapped Jessel, and he is on his way to becoming available for adoption. I was able to relax, and to sleep more than usual, though I still don’t think it’s enough. It’s my belief that the world would benefit immensely if everyone could have twenty-four hours’ uninterrupted sleep. I know I would.

Nonetheless, it is back to work tomorrow. Autumn is starting to make itself felt, as are the terrible forest fires burning in the United States. The sunlight here has been glowing with an otherworldly yellow hue for the past week. While rather beautiful, its cause is ugly, and I could easily dispense with it. As well, the air here smells like a house is in flames just down the street.

It will be hard to re-adjust to a work-schedule. I seem to fall into a holiday routine much faster – certainly more willingly – than I emerge from it. With luck, I will have my next year’s holiday at their normal time. But first, I want to get through the rest of 2020. That may be enough to keep one occupied…