I will try showing Horace off to the residents this weekend, letting him wander about when Renn, Neville and Hector are safely placed, at spots from which I don’t think any sudden attacks will be launched. I don’t expect such events, really, but it’s best to be on one’s guard at such times. Hector has been hissing and growling lowly at the closed library door; this doesn’t mean a fight will occur when he meets the newcomer in person, but it does mean he’ll need watching. As well, Horace is an unknown quantity in regard to other felines.

In the meantime, Iv’ry had the run of the bedroom last evening. He explored every corner, was interested in what was outside, and then settled down for a nap. I don’t think he is the excitable type, which is all to the good in a multi-cat household. I will start him playing, too, and see how he fares with that.

The beginning of face-to-face integration is always an interesting time. I recall Hector disliked Auric initially, as well. I hope his acquaintance with Horace follows a similar path. 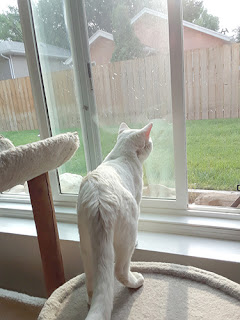 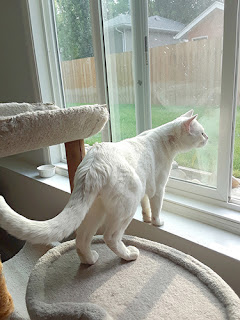 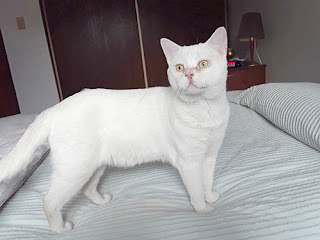 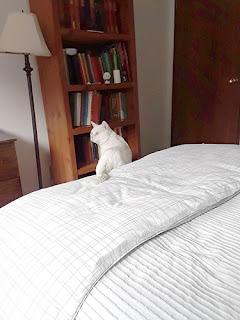 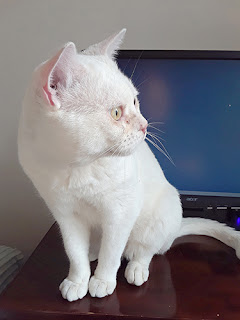 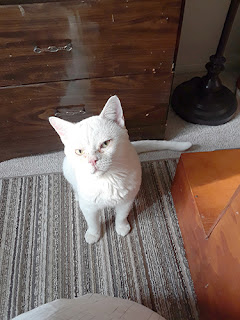