Neville had an eventful Friday. His fur was shaved again. It grew back so quickly after the initial shave in the spring that I felt another was due, before the cold weather set in. The funny thing is that on Friday, the weather changed a bit, and our temperatures have been much more moderate than they have been. No more 30° Celsius and up (86° Fahrenheit and up). This week looks to be in the low twenties Celsius (low seventies Fahrenheit). I even contemplated cancelling Nevsky’s shave. 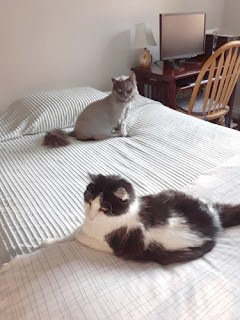 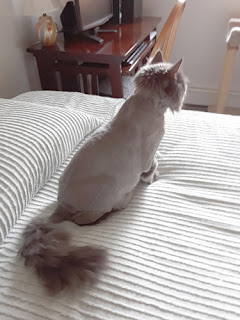 But it’s for more than the heat that he gets his hair trimmed. As the groomer – an excellent, swift and careful groomer who helps out just with the rescue’s cats – stated, Nev has very dense fur. That, I realised, was accurate. Renn actually has fur that’s a little longer, and quite a bit of it; but it’s light, and he rarely gets mats. Neville has some appearing every week. The hair-cut will help him and, I think, allow him to feel better. 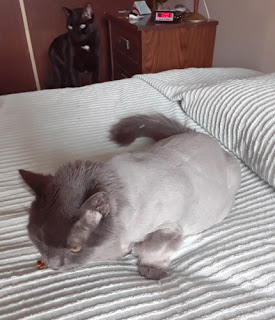 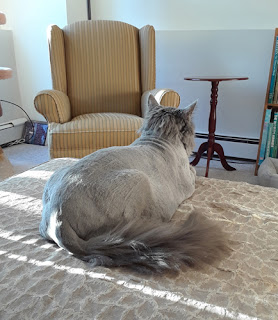 Neville was so coöperative during the process that the groomer asked facetiously if I had drugged him. He did start to lose his patience after about twenty minutes, especially since he had to be turned a couple of times. But he did very well, and received some treats as a reward. And he showed me that I was forgiven for my treachery; he crawled onto my lap half an hour after it was all done. I wonder, though, if that was also his way of making sure that it was over and that I wasn’t about to do anything further to him. 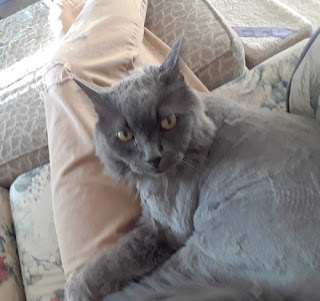 Once shorn, Neville was probably feeling a draught and, as I suspected he would, he started using the cat-beds more, almost immediately, especially favouring the high-sided one. He also lie in the sun in the later afternoon. By the time winter is upon us, his fur will be back in full bloom again. 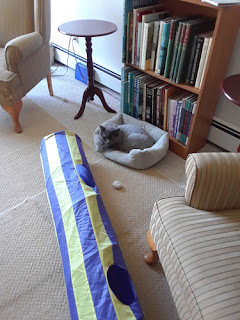 The amount that came off of him was tremendous. It just kept falling. 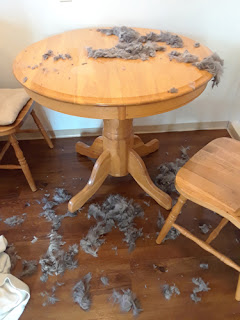 Yes, that all came from you, Neville! 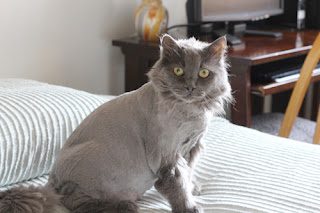