The Customs of the Land

Everyone survived. Today was Horace’s first day of unrestricted – and unsupervised - freedom in the apartment. I let Iv’ry stay out this morning, instead of locking him in the library. There were no signs of bloodshed, or even of conflict, when I returned home. I am sure that he and Hector had words, perhaps accompanied by whapping, but it was clearly nothing serious. 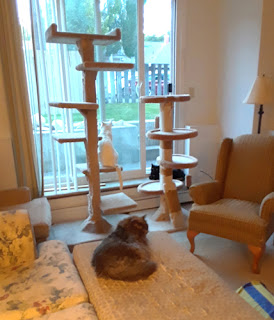 I can’t write that Hec and Horace are becoming friends. Hector still runs at Horace, stalks and jumps at him. But it’s nothing violent. Hector just wants to annoy the newcomer, to show him who’s boss. Nonetheless, the two youngsters are living together well enough for me not to worry. 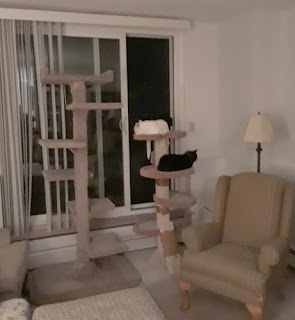 Horace is learning the routines here in the Cosy Apartment. He is getting to know about meal-times, though he whines about not having enough soft-food. He is enjoying the screen door to the ditch, where he can lie on the carpetted shelf and watch the birds. He periodically climbs onto my lap for a snooze, and loves his chest-rubs. 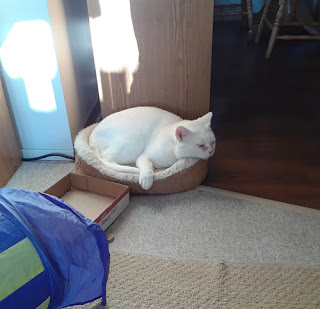 As well, he is sleeping next to me on the bed at night. Then again, he is sleeping in what is usually Hector’s spot. It’s no wonder the Little Turk is upset with the new boy. 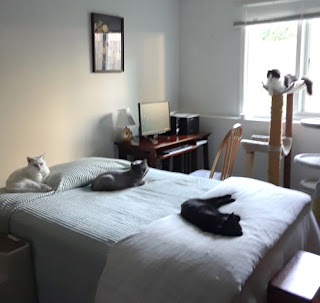 Horace will go to the doctor tomorrow. I and the rescue-group are a little concerned with his eyes. They are running with thick, reddish goop. I don’t believe it’s anything serious, and may be chronic, but we will have the veterinary look at them, anyway, along with Horace’s ears, mouth and general physique. 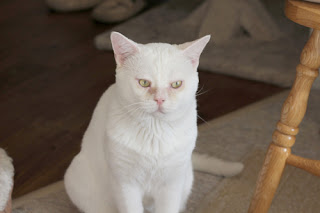 All in all, however, I am pleased with the way things are going here and – knock wood so as not to jinx anything – hope that they will continue as they are, and maybe even improve. 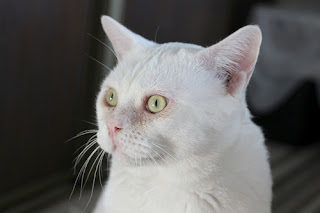